One of Trinidad and Tobago’s most idolized soca artistes had been off radar for the past four days. Machel Montano has since re-emerged, having switched on his mobile phone and reconnected with the world. He says he had been on a four day retreat and had no access to his phone or any outside media. […]

Award winning, and VP Records recording artist Christopher Martin will perform an at home concert for fans to aid Jamaica’s health sector for its fight against COVID-19. The concert will be broadcast live on the VP Records YouTube Channel. This event comes with the support of Restaurants of Jamaica (ROJ), KFC and VP Records. Christopher […]

The world was already at a standstill, but for at least half an hour on Friday morning, many social media users were glued to their cellular phones as the much anticipated Appeals Court verdict in the murder case involving dancehall deejay Vybz Kartel was handed down. In the end, the hearts of Gaza fans across […]

Carnival 2019 is well on its way to being a scene. Wondering how we know already? Well, we got the “S” that Bunji Garlin and US rapper, Busta Rhymes have laid down a collaboration that’s so damn sick, folks gonna be scrambling to keep up. Bunji and Fay Ann are in studio as we speak […]

Vybz Kartel right-hand producer Linton “TJ” White gives an update on his new album. Last week, Vybz Kartel hinted on Instagram that he is dropping some new music sometime soon. The incarcerated deejay was pushing back at rumors that he has slowed down his new music releases until a verdict is reached in his appeal case. Kartel […] 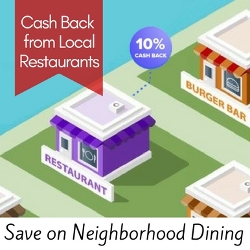